You are here: Home1 / The Welfare Issue

What is Animal (Equine) Welfare? 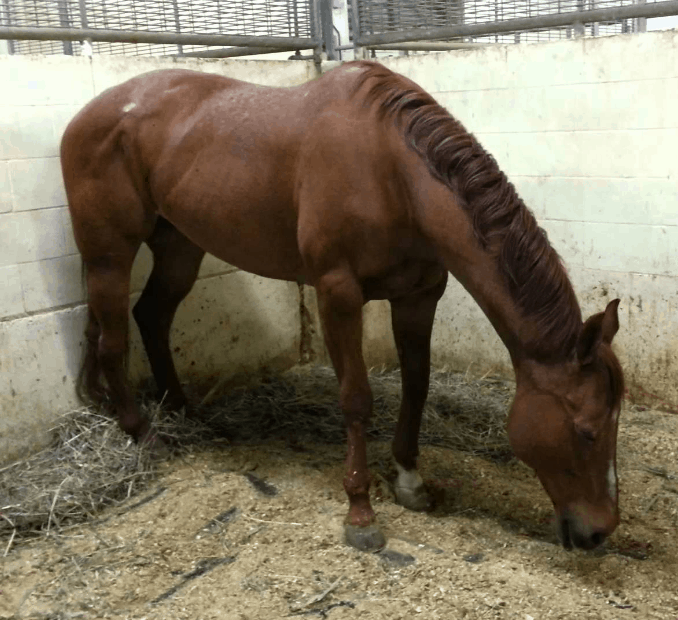 Animal welfare refers to the state of the animal; the treatment that an animal receives is covered by other terms such as animal care, animal husbandry, and humane treatment in training programs.

Protecting an animal’s welfare means providing for its physical and mental needs.

The welfare of horses in breeding, competition, and general riding and care is of the highest importance. It is as an owner’s Fiduciary Duty to provide care and keep horses from harm, particularly in training barns. The responsibility must be more than commentary or publicity; it must be upheld every day and enforced by those who work or are around the horse.

Who is responsible for Equine Welfare

It starts with you! Being informed and not accepting the rhetoric of trainers who have much to lose by welfare issues being exposed. Standing by and doing nothing, turning a blind eye, or not actively raising issues means you condone horse abuse. Your position or connection to the sport is greater than the welfare of the horses involved in it. Whether at a show or at a private training barn.

Knowing the boundaries of equine welfare and abuse

The boundaries of equine welfare are often pushed under the guise of questionable professional knowledge and in the individuals haste to win big money and titles. At those times they sanction techniques that become welfare issues.

Training methods that are consistently applied include:

An animal that will suffer mental torment and torture silently as they respond as victims of prey. For those individual animals that do refuse, they are often met with increased pain and suffering as the dominant rider – trainer must win; often not even taking the time to understand why the horse or objecting. The lack of emotional value for the horse evident in how the trainer applies his/her skill at the barn.

The first line in the description of what a reining horse is ‘Willingly guided with little or no resistance !’  The second part of the sentence being the Achilles heel of the sport. ‘Dictated too completely’. One step out of place and the money or title can be lost.

The horse can suffer extraordinary pain to achieve total dictation. One wrong move, one thought on their own and the excessive spurring and jerking starts and continues until the rider believes submission has been achieved. Their training goal is learned helplessness.

Reining is recognized by the informed as one of the cruelest equine sports next to Big Lick competition.

With the deafness within the sport and their personal gain prioritized more and moreover the welfare, Reining Trainers Enigma brings consciousness to the public of what is really going on.

It provides the window into the methods of training, the actions of the governing body, and the blindness of the modern reining owner and their predisposition to accept abuse. Abuse that is spoken about in private, observed continually but denied wholly in the public forum. A membership that endorses a priority of worship of high earning title bearing trainers over the welfare of their horses.

The public outside of the reining bubble, now seeing up close reining horses ridden and trained and take issue with what they see, being a greater measure than that of those within the sport itself. It started in Europe with the FEI championships when the equine world was mortified by the training style, all caught on video. Today that style is believed to be worse and the horse’s suffering has increased. The Association has responded with more emphasis on PR to whitewash the sport than stopping the abuse. Read the articles and comments from people within the sport. 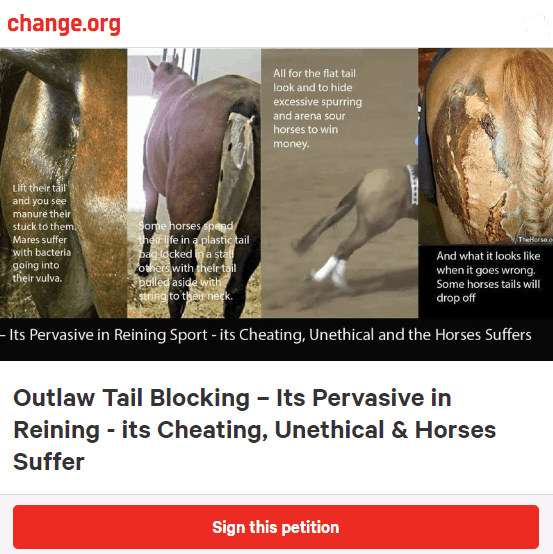