Blog - Latest News
You are here: Home1 / NRHA Conduct2 / Is This a Reining Sport Secret? 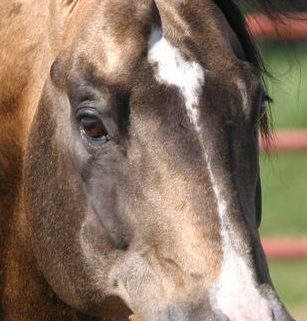 “All complaints filed with the NRHA are confidential, as are the decisions made by the committees in closed session.”

Well, that keeps it all a secret does it not? – click here for a redacted copy of a letter signed by the National Reining Horse Association.

And the rules state you must pay $250.00 to file a complaint and you receive a letter saying that?

The National Reining Horse Association (NRHA) is a not-for-profit association, with a member-elect Board of Directors. For many members they may not know this happens when one of their peers attempts to file a complaint with the NRHA; they receive that letter and the door seems to be slammed shut. The committees all meet in closed session from what we know at this time.

So how do the names on the disciplinary list in the Reiner Magazine get there?

If all complaints get that letter, as it states they do, then could this be a perceived gagging order on members?

Sections of the membership are showing resounding silence across the globe when issues of abuse are raised. There are those that deny outright what goes on, those that indicate it is going on, and others that write about their experiences and what they have personally witnessed. Those speaking out often say they are no longer members. Others say they can speak now as they are no longer members.

Are the responses of denial verging on a culture where avoiding exclusion from the sport at the expense of horses? Read our article on Who is Protecting Reining Horse Welfare and the public comments.

There is some conjecture that if you lodge a complaint or speak poorly of the NRHA they will revoke or deny your membership as ‘a person not in good standing’. Seemingly they can revoke/not grant it without reason. If this is true, it could weigh heavily into the need for more transparency within the NRHA and its complaint handling procedures and membership rights. It is a not-for-profit membership and not a private company. 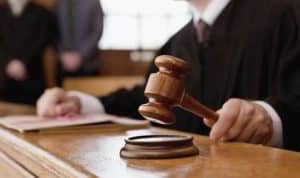 Kit Cosper, former NRHA Board Member and an Executive Committee member, is currently testing that clause with legal action against the NRHA after his lifetime membership was cancelled.

These are public documents available through the courts.

Now here is a dilemma

If the complaints are confidential as their letter states, then how do the names on the disciplinary list get there? From January 2011 to December 2016 – just 15 members globally had serious action taken against them (suspended/revoked) and just 11 were placed on probation. We know two happened after the courts found them guilty of abuse; Arballo and Weston. One states unsportsmanlike conduct while the others remain a mystery as to why they are listed.

There is conjecture that these people listed are used to show affirmative action is being taken to satisfy the public and those members who are less informed.

We can all ponder how the NRHA is managing complaints but it would be best if you write to them and ask them to answer the questions, publicly?

What exactly does that confidentiality statement mean to a member?

The members own the NRHA and not the elected board members and staff!

Members should be asking:

If there was ever a catalyst for the need for transparency and a more independent complaint handling procedure, this would be most likely part of it.

Have your opinion and vote on whether you believe changes are needed. Poll Now Closed.

Customs Can be the Biggest Horse Abuser

Reining Trainer Spurs Mare in the Face
Scroll to top